I loved the cover of SOAKED! from the moment I saw it! And now we get to hear the story behind it. It’s fascinating to see the effects of changes in expression, composition, and color. Thank you, Abi Cushman, for sharing the process of creating this fabulous cover!

AND….ABI IS OFFERING A GIVEAWAY! JUST LEAVE A COMMENT BELOW THE POST TO BE ENTERED TO WIN A COPY OF SOAKED!

The winner of last week’s giveaway of Wild Style is …Nora Nickum! 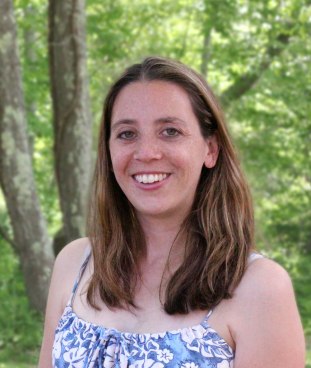 In traditional publishing, a book cover has to be approved by an art director, an editor, the sales and marketing department, and the publisher. That’s a lot of eyes on it, and a lot of pressure to get it right because well… everyone judges a book by its cover!

So I’m going to share with you the steps I took with Jim Hoover (art director) and Tracy Gates (editor) at Viking Children’s Books to create the cover art for my debut picture book, SOAKED!

When we first got started, Jim, Tracy and I all agreed that the cover should highlight the bear’s complete and utter misery in the rain ​and​ allow the playfulness and humor of the book to come through. Because you know… we’re jerks who like to laugh at sad bears.

I had always pictured the cover being a closeup of the bear’s face on a grey background, so I did a few rough sketches of Bear with different expressions. 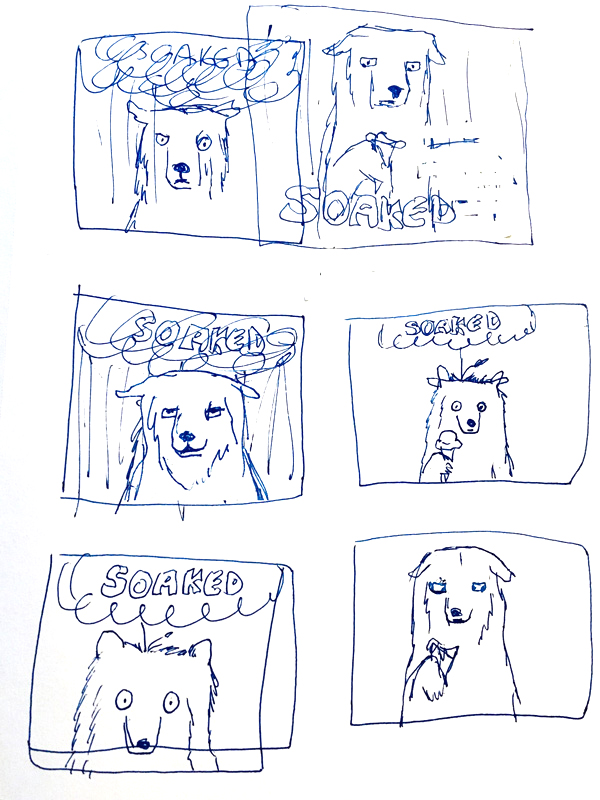 Since the book was entitled, SOAKED, we decided against the ones where the bear wasn’t completely drenched. Jim did a quick mockup of the cover with one of my finished interior pieces of Bear so we could see what it might look like in full color. 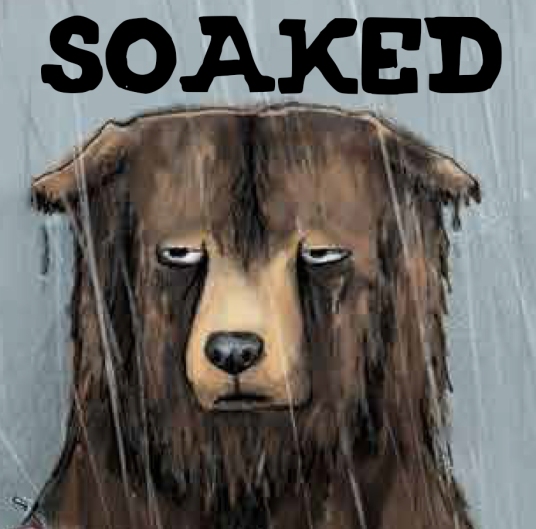 After seeing it, Tracy worried about a grey background being too drab and the cover coming across as too negative. There wasn’t a ton of storytelling going on here either.

In the next version, I drew in a couple of Bear’s friends to keep him company. That seemed to brighten things up a bit. I also tweaked the background color to make it more of a blue-grey. 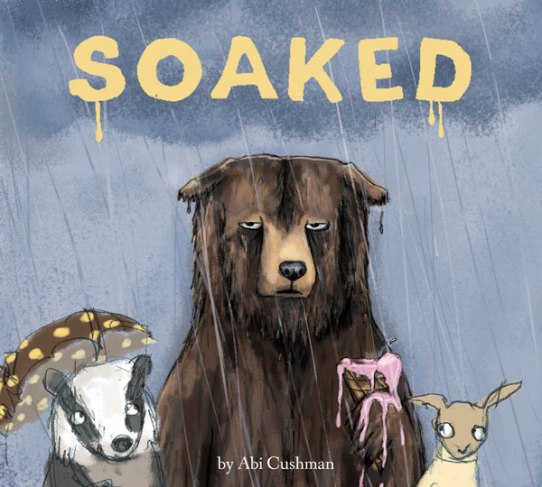 The storytelling was better here and the blue tint definitely helped, but Jim and Tracy thought we could give it even more pop.

Based on their suggestions, I did a few more sketches that bumped up the composition and made it more dynamic. We were getting closer. 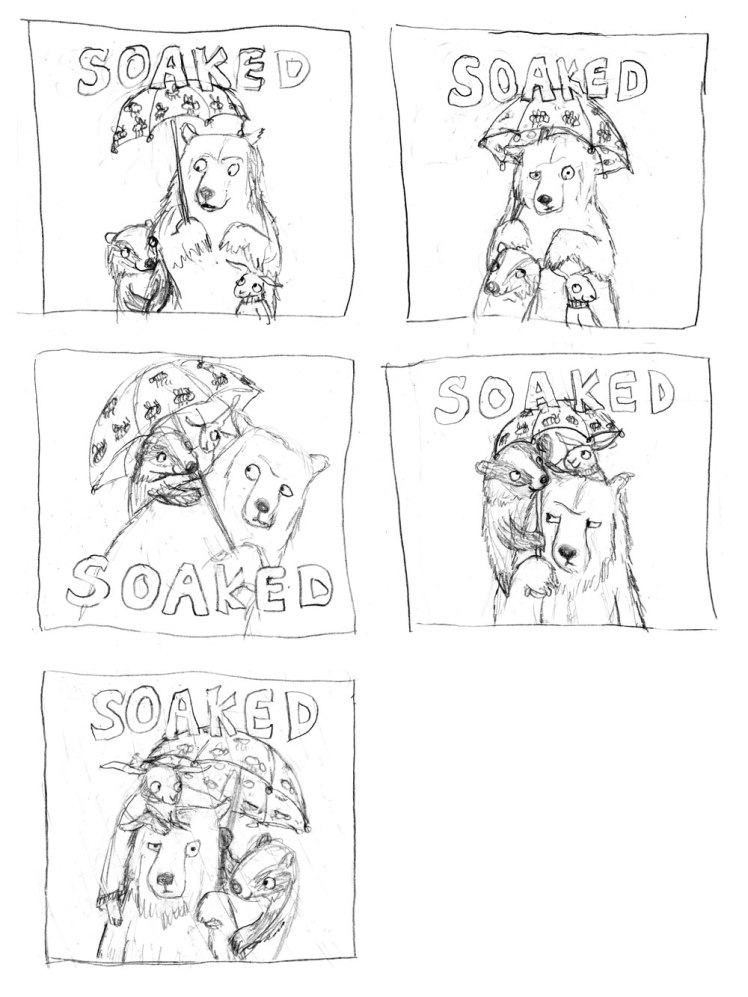 Jim and Tracy preferred the bottom three samples but suggested making Bear’s expression in the last sample a little bit less like The Rock.

Yep. It was definitely hard to unsee that after it was pointed out. After a little tweaking, we had a winner! 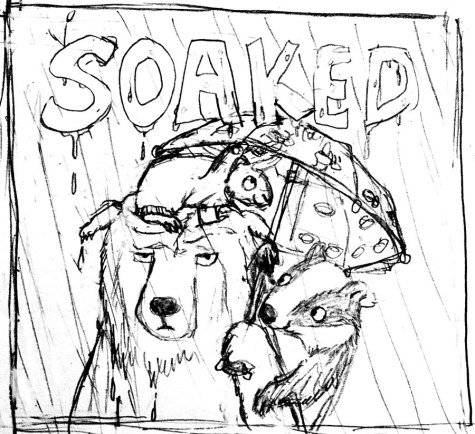 Once I started on the final colored art, I decided to add the ice cream cone back in on the left for another punch of color to balance everything out.

For the title, we all agreed a hand-lettered title would look best, but I wasn’t too confident in my hand-lettering skills. Jim encouraged me to give it a try anyway, and I realized that hand-lettering is just a skill that takes some practice, no different from learning to draw umbrellas, puddles, and hula-hooping moose. 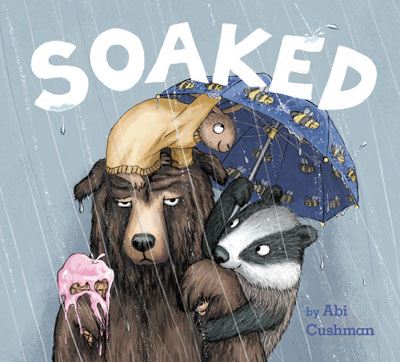 The cover was looking pretty good at this point… or so I thought. BUT! There was still more to do (of course). Jim wasn’t done experimenting with fonts on the interior spreads yet. Once he decided on the final font, he updated my byline font on the cover to match.

Finally, the production team at Penguin Random House adjusted the colors to get it ready for printing. And at long last, we had the final cover! 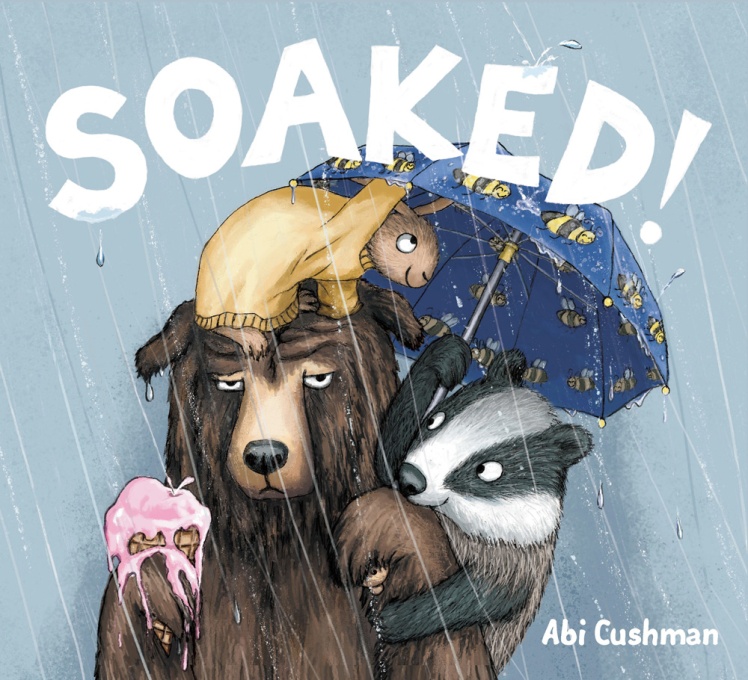 Looking back at the process, I am so thankful for the collaboration with Jim and Tracy. Their experience and expertise were key to pushing the cover to its full potential. It can be tough when you think you’re all done with a piece of art, and then people say, “Actually, it’s not quite there yet.” But if you’re getting feedback from people who know what they’re talking about, the end result is so much better. I’m really proud of the cover of SOAKED!, and I think we achieved our goal. Bear’s misery definitely shines through, and we only feel a ​little​ guilty about laughing about it.

Don’t forget to leave a comment to be entered to win a copy of Soaked! Drawing 8/28.  Continental US addresses only.

52 thoughts on “Behind the Scenes: “Making the Cover of SOAKED!” by Abi Cushman”