Today I’m honored to host an award-winning MG author who infuses all her characters with heart and makes history come alive. Jeannie Mobley was the first bonafide local published author I met when I decided to jump into writing for kids. She got me connected, pointed out the path, and continues to encourage.

Her latest book, BOBBY LEE CLAREMONT AND THE CRIMINAL ELEMENT, just arrived, and I can’t wait to get into it! Thank you, Jeannie, for sharing how you create the heart of  a character’s voice and ensure consistency throughout the novel! Great stuff!

AND…Jeannie is offering a giveaway! Comment below to be eligible for a copy of BOBBY LEE CLAREMONT AND THE CRIMINAL ELEMENT. The randomly chosen winner will be announced October 20. (US/Canada) 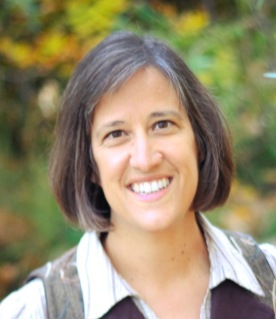 When Beth invited me (thanks Beth!) to write a post about “mining for heart,” it started me pondering the question. What gives my stories heart?

When I consider what has given my three different books heart, I come up with different answers. I think what gives a story heart depends on the story. Even though my books all have a warm, family vibe, I have utilized different techniques to achieve that feeling. In KATERINA’S WISH, I relied heavily on setting, contrasting the bleakness of a poor coal mining camp with the richness of a loving home. In my second book, SEARCHING FOR SILVERHEELS, the heart of the story was all in the characters and their complex emotional relationships.

My newest book, BOBBY LEE CLAREMONT AND THE CRIMINAL ELEMENT, is my first book in which the main character doesn’t have a family. He is a runaway aboard a train, headed to Chicago to join the prohibition era gangsters that are getting rich through a life of crime. How do I give a kid like that a warm family vibe?

The key to loving Bobby Lee, and by extension his story, is in his voice, which Booklist, in a starred review, called “cocky but disarmingly naïve,” and “colorful narration.”

Bobby Lee doesn’t have a family, but he longs for one, even though he thinks he is longing for a life of crime. This conflict, between what he thinks he wants and what he really wants, opens up rich possibilities for charmingly amusing aspects of voice—a kid who talks tough and is confused by his warm impulses.

So here are a few tips for adding this kind of heart to a story:

1. Think about a character’s internal conflict and how a character can best express it. It might be in tough talk combined with tender action. Bobby Lee can’t help but feel a tug at his heartstrings for a widow and her baby, but he fights against that tug and tries to hold onto his tough exterior. This is what lends Bobby Lee his disarming quality. When he hears the story of the baby’s father dying, Bobby Lee feels unexpected tears in his eyes.

“My own loss welled up till I was near to choking on it…. This wasn’t what I had planned at all. I couldn’t convince anyone I was fit for a life of crime if I started blubbering over a baby!”

Bobby Lee’s internal struggle makes him relatable, while thy way he expresses it, colorfully chastising himself for his good qualities, makes him lovable and a bit funny.

2. Think about the language of the character uses to express himself. What colorful expressions lend charm or interest to your character? This is at the very core of voice—finding the exact, unique way a character expresses himself. Some of the key issues to consider in developing voice:

Regional dialects or accents: Bobby Lee is from the French Quarter in New Orleans, so he uses some French and also some regional quirks of Southern speech. Regional speech is best conveyed with a light touch. It is tiring for a reader to wade through long passages of oddly spelled words (“wheh ah you goin’ Mistah?”)  or incorrect grammar. Many regional dialects have a few words that stand out and can be used to hint at the accent without bogging down the story. Bobby Lee frequently uses the word “ain’t” and occasionally drops the g off the end of –ing words (runnin’ instead of running) and these are enough to carry his accent. He also uses some typically southern words, like when he says a lady was “rooting around in her pocketbook,” or when he is “fixing to” do something.

Time-specific slang: the story is set in 1923, a time with its own charming slang. This can give a story and a character color at the same time it grounds it in its historical setting. In BOBBY LEE, the gangsters from Chicago use more of this language than Bobby Lee himself, and this heightens the distinction between the gangster Bobby Lee wants to be versus the down-home kid he really is, with a language rooted in his heritage. When he does use this language, he is awkward, so we know it doesn’t quite suit him.

Personal quirks: Find the odd, eccentric, or unique expressions of your character. They should be odd enough to define him or her, but not so odd or eccentric as to be offputting.

Bobby Lee frequently expresses himself through similes, a speech pattern that is common to the South. But while some of his similes are real idioms–“finer than frog’s hair,” for example– others are ones I made up because they felt right for my kid to say. So when he’s embarrassed, Bobby Lee’s face turns “redder than a crawfish in a gumbo pot,” and when someone gives him an angry look, he describes it as “a look that could scorch the whiskers off Beelzebub himself.” These expressions carry something of his heritage and setting (a New Orleans boy, raised in part by nuns) but they aren’t common expressions. They come straight from Bobby Lee’s personality. They are also the hardest part of getting his voice. I often spend an hour just coming up with one, just-right phrase. From a technique standpoint, these are the phrases that are layered in late in the revision process. I give the story at least one read through for voice, which is my last tip.

3. Do a read-through just for voice. It can be difficult to be consistent with the characters voice over a stretch of 50, 60, or 70,000 words. So one step of my revision process when working on a “voicey” novel, is to lay out all the chapters on a table (I do this with a physical copy, because I’m a visual person) and then select random, non-adjacent chapters and read them together. Often I will discover that the voice in Chapter 2 isn’t quite the same as the voice in Chapter 14, which I didn’t see while writing but is glaringly obvious when read back to back.

I also sometimes use a highlighter pen to mark colorful, quirky expressions. If I discover seven of them in Chapter 5, none in Chapters 6, 7, and 8, and then five more in Chapter 9, I know I need to even out the voice. This is where I also look for ordinary expressions and replace them with better ones. That look that could scorch the whiskers off Beelzebub started out as simply a look that could kill.

All of this takes time and research, but it’s well worth it. Because in the end you have a disarming character, colorful narration, and most importantly, a book that’s full to brimming with heart.

Don’t forget to leave a comment below for a chance to win!

8 thoughts on “Mining for Heart: Jeannie Mobley on Voice”