All it takes is one word to launch you on a new adventure! Jolene Gutiérrez shares how a picture book manuscript grew into a middle grade nonfiction book, and also how she embraced opportunity to stretch herself in the process.

And thank you, Jolene, for offering a copy of your book to one lucky winner! Comment below for a chance to win!

Congratulations to Michele Helsel, winner of NO VOICE TOO SMALL from last week’s post by Lindsay Metcalf! 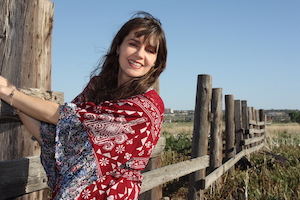 “The Power of YES” by Jolene Gutiérrez

I’m so excited to invite you for a behind-the-scenes look at the creation of my new middle grade nonfiction book Bionic Beasts: Saving Animal Lives with Artificial Flippers, Legs, and Beaks! 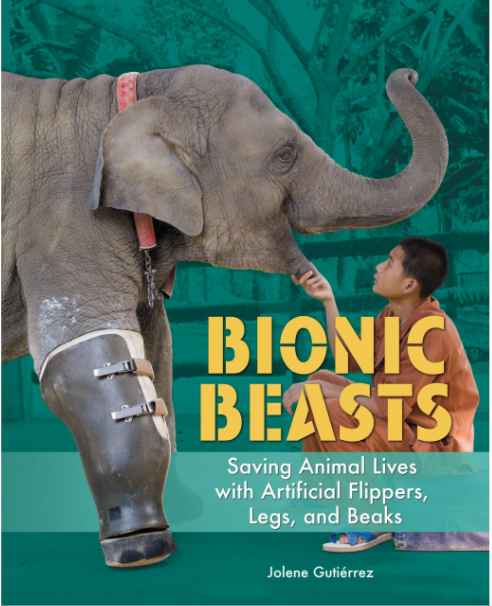 Bionic Beasts started out as a 1,000 word picture book that I submitted to Carol Hinz at Lerner in response to her call for STEM picture books. When Carol saw the manuscript, she told me that she really liked the idea but asked if I’d be willing to grow the story to a middle grade book with five chapters (plus an intro and concluding chapter). That meant I would be writing what equated to five picture books, as each chapter was supposed to be ~1,000 words. I’d never written a middle grade nonfiction before, but of course, I said YES!

I had goals in creating the five chapters.

In writing the chapters, I was in touch with multiple people. I usually interviewed the owner or caregiver of the animal and I also tried to talk with the surgeons, prosthetists, or people involved with helping the animal. In talking with Tim Witoski, an orthotist in British Columbia who primarily works with humans but also makes orthoses for Pirate the Berkshire-Tamworth pig from RASTA Sanctuary, Tim told me that the way pigs walk is essentially like humans walking on the tips of their fingers and toes. He created an experiential activity called “Walk Like a Pig” in one of his emails to me that would help readers understand and experience how difficult it is for Pirate the pig to try to walk on three legs. When I shared Tim’s idea with Carol, my editor, she said, “I love this! Would you consider creating some sort of hands-on activity for each chapter?” I’d never created hands-on activities before, but of course, I said yes!

So the book was written, and in the case of one chapter, re-written. I’d created activities for each chapter. I’d done research around writing about animals with disabilities or limb difference and tried to keep what I’d learned in mind. I’d done my best to write with animal-first language, avoid ableism, and not depict the animals as heroes. I’d done that work, and still, I really wanted to have sensitivity readers check the manuscript. My editor gave me the approval to seek out sensitivity readers and I was so, so fortunate to find Karen, Mike, and Selah Gilbert from NUBtribe. They read through the book and Karen met with me to share her thoughts. We spent hours together, going through her notes, and then I spent days implementing her suggestions and changes. Bionic Beasts is so much stronger because of Karen and her family’s insights.

So this book that started as a 1,000 word picture book is now a 10,000 word middle grade book, and I couldn’t be happier! Even though I had a lot to learn along the way, Carol’s suggestions allowed me to tell these stories in a way that will hopefully reach readers and inspire them to become the next generation of people who will help animals.

Don’t forget to leave a comment below for a chance to win a copy of Bionic Beasts! (continental US addresses only, please)

BIO: Jolene grew up on a farm and now lives with her family and a variety of animals in a suburb of Denver, Colorado. A school librarian for 25 years, Jolene spends her days sharing children’s books and her nights writing them.

24 thoughts on “Behind the Scenes: “The Power of Yes!” by Jolene Gutiérrez”