This month’s Mining for Heart post takes a look at humor. Thank you to Linda Skeers for digging deep into her process of finding the funny in a story. 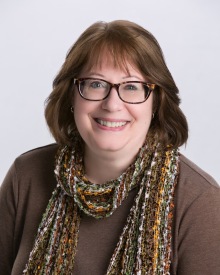 A TOUCH OF HUMOR

Two things inspired me to write THE IMPOSSIBLE PATRIOTISM PROJECT. My husband had left the Air Force and suddenly I missed our military community. And my nephew had just moved back to the states after a military tour overseas. His apartment complex was having a “4th of July decorating contest” and although he wanted to participate, he couldn’t afford flags, banners or fancy decorations. He simply hung his uniform over his balcony with a sign that read “I served my country.” He won.

I started with patriotism as my subject but how could I make that fun and interesting for kids? I needed a touch of humor. So, I did two simple things to get me in a silly state of mind. I channeled my inner child and stopped thinking like an adult. No censoring! No boundaries!

The next thing I did was throw logic out the window. Rules don’t apply when writing 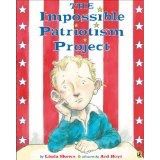 For example, when my main character Caleb doesn’t have an idea for a project on patriotism and wants to avoid going to Parents’ Night. An adult would come up with a logical reason – “I’m coming down with a cold.”

Caleb has that same thought – almost. “Maybe he could tell Mrs. Perkins he would be sick on Parents’ Night. He was coming down with a cold. Or a broken leg.”

When Caleb and Hannah are discussing patriotism, they don’t mention their love of America or the freedoms they enjoy like adults would. Instead, Hannah is more practical. “I touched the Liberty Bell once on vacation. I’m pretty sure that’s about as patriotic as you can get.” To a child, that’s perfectly logical!

And when Kareem is drawing a map of the US, he declares he wants to grow up and be president so he needs to know where all the states are. “You have to be patriotic to be president. I think it’s a law.”

Since patriotism is a serious subject, I let my characters describe it in their own child-like ways to keep the story lighter and more appealing.

For TUTUS AREN’T MY STYLE I started with a character — an awkward, clumsy tomboy named Emma. (yes, this is semi-autobiographical!) Then I started playing around with scenarios and landed on this premise – what would Emma do if she was given a ballerina outfit as a gift from her favorite uncle?

Adults give her practical advice – which she tries to follow – with comical results.

Her brother tries to help by suggesting music – proper ballet music as described by a young boy. “Flippy-fluttery music with violins, harps, and flutes.”

Emma didn’t have a violin, harp, or flute. But she did
have a kazoo. She played a little tune.

“Sounds like burping,” said Tony. “I don’t think ballerinas are allowed to burp.”

of the adults, but creates her own type of ballerina – as only she can.

Whether you start with a theme, a character or a situation, shut off your adult brain and think like a child. And remember, logic and rules do NOT apply! Don’t censor yourself as you write. Jot down every idea that pops into your head, no matter how bizarre or illogical. And soon you’ll be cracking yourself up – and your readers!

Linda writes serious, too. WOMEN WHO DARED is the first in a series of three, due out September 1st. Be sure to watch for it!

3 thoughts on “Mining for Heart: “A Touch of Humor” by Linda Skeers”